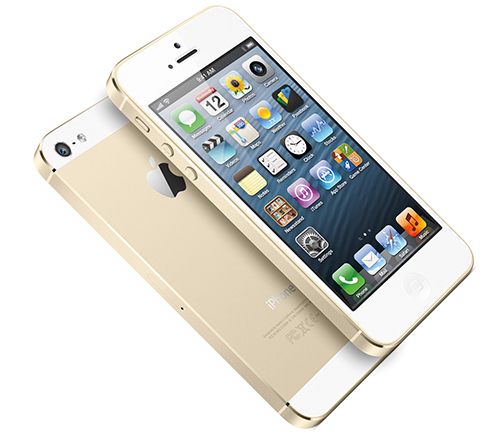 We knew there’d be a 5C, in many colors. We knew there’d be a 5S—with a standard upgrade to the speed, camera, and a new fingerprint sensor. It’d come in white, black (sorry, space grey), and a new gold option—aka champagne. The numbers are in, and it looks like the gold takes the win, selling out almost instantly. Who knew? Not Apple.

How did Apple not think that this new color option would be snatched up faster than tickets to the latest Miley Cyrus concert? The gold 5S sold out shortly after launch, with Apple’s website posting unavailability for the gold in mere hours, and 7-1o days for the other options (it’s worse now). This left all 5S hopefuls to choose how much they really wanted the newest model for what it was, or for getting one in gold.

This iPhone comes at a key time. For all of those iPhone 4 users that got their “latest” model 3 years ago, they had no choice in color. You got black. That’s all it came in! If you didn’t care about the color, you still had to sign a 3-year contract with your cell provider (unless you were rich and bought an unlocked version—but you still got black).

The white iPhone 4 came out nine months later, but was only 4 months before the 4S appeared —which came out in white and black at the same time. Those who waited it out for the white 4 had no time to gloat before a newer and faster model came out that looked exactly the same!

Fast-forward to 2013, and all of those black iPhone 4 contracts are up! What’s a contractless iPhone user to do? Re-sign! Get the discounted price—and of course, get the best. After 3 years of jabs and insults over a clearly outdated model (that’s a 4?! Oh…), why would anyone want to upgrade to something that wouldn’t shout out “Hey! I’m better than you now!”?

To do that, you go for the gold. Everyone will know! Sure the 5C comes in a rainbow of colors, but it’s clearly not the best. The C in 5C is for cheap (they can say it’s for ‘color’ all they want).

If you were able to snag a new gold trophy, you’re one of the lucky ones. If you missed it, don’t worry, there’s more on the way. After the quick sell out, the production order for the gold 5S was bumped up by a third to help supply this “surprising” demand. My questions remains—how did Apple not see this coming? A new color, so let’s tread lightly? It’s gold! China alone would jump all over this. They love gold!

The truth is, while Apple may not be pulling rabbits out of their hat anymore, the market for a status symbol iPhone is still alive. Us fanboys may still be clinging to a glimmer of hope (where’s the iWatch?), but we still love our status symbols. While I won’t be jumping on this iPhone bandwagon as quickly as the last (now that’s shocking), one thing is clear—Apple still leads the pack. It scores gold.