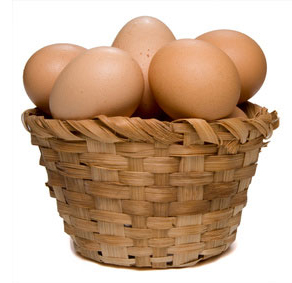 IT budgets are being slashed, IT support staff have to “do more with less”, and yet more and more demands are always being asked. Corporate (C-level) executives focus on the bottom line (as they should), so when push comes to shove, they just make it simple—centralize. Less hubs, less expenses, more profit. What’s an IT guy to do?

Executives are busy running the company. That’s their job! Make money, keep the business alive, and think to the future. So say we all. They expect computers to do what they should, photocopiers to just work, and since email is on the internet, it should always work. Surprisingly shit happens. As great as technology is, it breaks down—and that’s why there’s such a thing at an IT department.

Centralizing IT services is a great way to curb expenses and do more with less. Is that the safest option though? Think of RIM. Once upon a time, BlackBerry was the “chosen one” of the corporate world, known for its security. All communications had to run through its secure data centers, and the corporate world ate it up.

Then one day a data center in Europe went down. Surrounding centers tried to carry the excess load and they failed. What happened next? It all collapsed! The one thing that made the BlackBerry network a selling point became its weakest link. Its Achilles Heel. Oops? They had many baskets and the failure of one caused so many others to follow suit. Not even superheroes could save the day.

Now think of your company. If you just slash six of your “baskets” down to three, think of what would happen if just one went down. There’s going to be a lot more at stake right out of the gate. How’s that going to affect your bottom line?

There are solutions to stretch todays’ IT budget. Take email, for example. Many companies try to host it themselves, but a lot can go wrong. If email fails for a major corporation, badness ensues. Why use precious manpower to manage something like that when there are companies like Microsoft or Google that specialize in it? It’s their business to make it work. That’s what they do. Why not rely on them instead of adding that weight to the shoulders of your IT support staff?

It all comes down to cause and effect. Maybe the cost of dealing with a wider scope of downtime is cheaper than ensuring that same downtime doesn’t happen. What’s going to cost more? Sadly things get really black and white with this answer.