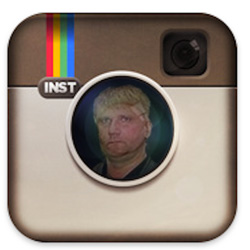 The recent success of Instagram was sure to catch the eyes of many cyber criminals. While a hit on iOS for months, Instagram’s Android debut saw success of 1 million downloads on the first day and 5 million by the end of its first week out. Very impressive! Even more impressive was its purchase by Facebook for $1 billion this month. All I can think of is Dr. Evil form an Austin Powers movie when numbers like that come up.

Android is no stranger to malware. Not to say there’s anything wrong with Android devices, it’s just that everyone has them. The more popular the device, the better target it is for malware. Even Macs are getting infected these days—something that was largely just a PC problem for years.

Luckily the rogue version of the app found this week comes from a fake Instagram website, made by Russian cyber criminals. Once installed the Trojan makes your phone send out a bunch of SMS meesages to a premium number without your knowledge. You pay, criminals profit, you lose.

The dead giveaway that the installer (APK) is infected is that it’s filled with pics of a Russian photobomb meme. Not everyone will look for that though. Many will just download, install and hope to start taking pics of babies or pets—then make them look like they were taken 30 years ago, right? By that time it would be too late. Oops.

The best way to avoid this threat and make sure you don’t get something extra with your download is to always use known and trusted sources—in this case Google Play. At least that way if Google finds any fault with an app, it does something about it—whether you like it or not.