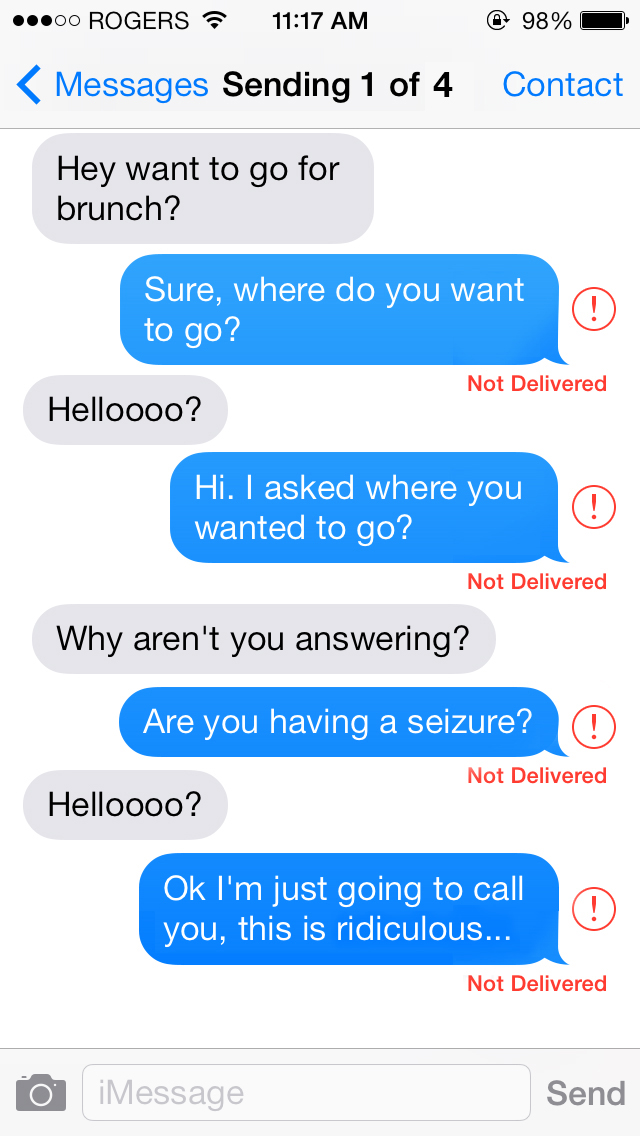 When a new OS rolls out, there’s bound to be some bugs. Battery life seems to drain faster, iDevices randomly reboot on their own, status bars disappear. Since the launch of iOS7 last month, it looks like iMessage is the first app to fall victim to the new OS curse.

Many people who upgraded to iOS7 have been reporting issues with sending messages through the iMessage service. Apple’s message boards are filled with posts on the matter. Receiving messages doesn’t seem to be a problem, just sending them. Sound familiar?

I’ve had a few conversations now that were apparently all one-sided. I’d respond, the messages would appear to send, but then returning later I’d get “not delivered” alerts on all my messages and a “sending” status at the top of the window. Grr. Argh.

Rebooting my iPhone or iPad seems to fix the problem, but only temporarily. Signing in and out of iMessage while resetting Network Settings in between can help too, but that doesn’t always work either.

The problem isn’t affecting everyone, with many still enjoying all the conveniences of free texting between Apple devices. For the small number of people that are finding the glitch, it’s annoying as hell.

Apple is aware of the issue, and is already working on a fix. I hope an iOS 7.0.3 update corrects this problem. In the meantime, if you don’t hear from me—blame iMessage.