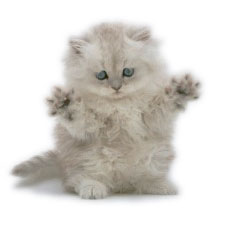 Many companies sitck with what they know. If it ain’t broke, don’t fix it. If software was bought years ago and it does the job, why upgrade? A software upgrade doesn’t just mean an added cost to the company, it means a lot of training too. Opening pandora’s box is never a top priority.

Software upgrades do raise the bar, and sometimes that bar is raised a lot. When Microsoft launched Office 2007 the response was “what the frack is up with this ribbon??”

The ribbon will definitely throw most people for a loop. If you were to upgrade can you just imagine how many times Joan in reception will no doubt be calling you every five minutes asking how to change the font color or how to add in her pretty footer graphics??

I will be the first to say it took me a long time to make the change. After years of using Office 2003, the upgrade to 2007 was mind boggling. Editing PowerPoint master page templates alone took me 4x as long and Excel broke my spending spreadsheet because it was apparently too complicated to calculate totals spanning over 36 months of values. I actually downgraded so I didn’t lose productivity (or sanity).

But it’s 2011 now. Using software from 7 years ago is no longer an option. I realized that if my work was ever going to evolve I was going to have to submit to the ribbon. I may have been perfectly comfortable with the standard color palette but now I have hundreds of color options and themes to become my best friends.

Technology evolves and you can either evolve with it or get left behind. Upgrading is never easy, but if you don’t you’re not only stuck in the past but you’re also limiting your employees skill set. How will Joan ever get promoted out of reception if she can’t easily add a drop shadow to the kitten image she puts on all of the company’s monthly newsletters?

All software steps up their features with each upgrade. Version 2.0 may work for you but you’re missing out if you don’t evolve with it and see what version 6.5 can do for you. Software updates for a reason—to better serve you and your company’s needs. It’s not an expense affecting your bottom-line, it’s an investment in both your company and your employees’ future.

Think about Joan. Upgrade your software.