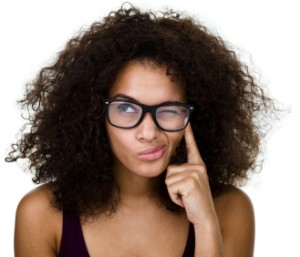 As many of you may have noticed, times are changing—fast. Home life, office life, etc. Technology is advancing so fast that many of us can’t keep up. In fact, tech is merging all aspects of our lives. Mobile, cloud and social are blurring the lines between work and personal life. The market is changing how we run our lives, how we connect with business. You either stay afloat, or you drown.

The cloud is amazing. No one wants to be tied down these days—to anything. The cloud lets us be anywhere (with an internet connection) and still have access to all of our data. Not just work docs or spreadsheets, but pictures, music, videos—the list goes on. Without it, things can be hard, but I really do love it.

Of course this can lead to problems. While being able to do work while out of the office and on a beach is convenient, how relaxing is that? You’re not really unplugging. If I’m going to be on a beach, work should be the last thing on my mind. Yet, that’s the way things go now.

Mobile devices have symbiotically helped further the cloud in the past few years. Smartphones with internet, email, and social media made the industry boom. The iPhone has been successful, but Android has been able to flood the market with people using an upgraded phone that does more for them, for less money.

It’s not just phones either. The internet is in fridges and cars too. The biggest impact came from the iPad though. Apple created a market for a product that changed us in ways we all still have yet to fully realize. So many people are opting for tablets now that the business sector has had to relax their rules and let people bring their own devices into work.

You get a blending of OS’s where you never used to have one. Before it was Windows all the way. Now it’s Windows desktop with iOS phones and either iPads or Android/Blackberry tablets. Imagine the nightmare for IT to manage all of this, or for software developers trying to ensure files for their programs can work across all platforms?

Windows 8 is supposed to help resolve this issue with an OS that spans desktops and mobile devices. This is great news, but by the time it comes out Microsoft may be too far behind. Mac OS X Lion is already Apple’s hybrid OS between its Macs and iOS devices. The next step is…?

Then there’s social media. If the mere mention of it makes you think “I don’t do the Facebook or the Twitter” in your head, then you’re doomed. Social media is about engagement. True different networks reach different audiences, but the point is that lumping it all together under the same umbrella that you don’t understand will only hurt you in the end. People use social media – Facebook, Twitter, Linked In, Blogs, Forums—you name it. They use them all the time. If you’re not connecting with customers there, you’re missing out.

It’s a lot of change, and it’s all at once. I know, it’s hard. As more and more of my tech dreams come true, the more unexpected side effects start to show up. Regardless, I fear it would be worse for me not to keep up with the Jones’ than stick to the tried, tested, and true. Why? Because it’s not 1990, it’s 2012. Where will you be in 2014? Remember that, and remember: mobile, cloud, social—your business depends on it!