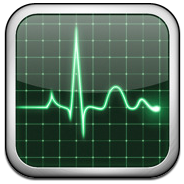 If you’ve updated to iOS 5, you more than likely have noticed that your battery drains faster than a Kardashian marriage. Apple admitted the problem, released an update (iOS 5.0.1) but for many it’s done nothing. Some have seen improvement, but others have said their drain has got even worse. While Apple works on it, if you want to see what’s draining your battery—there’s an app for that.

iPhoneinCanada has come across Activity Monitor Touch. It’s an app that gives you all sorts of data on how your iPhone is performing. You can find out all that is running in the background, what your processor is doing, your memory usage and the level of your battery. The free version doesn’t do much, the $2 full version is what you need.

The fun part here is while you’re checking out your memory usage, just quit some background apps. You can watch in delight as the memory usage bar shrinks right before your eyes. See who the culprits really are—Maps? Facebook? Angry Birds? You’ll have to find out!

Apple is no stranger to issues following the launch of a new phone model. Last year’s “Antennagate” saw reception issues when people held the iPhone 4. Apple swept in quick, released an update and gave everyone free bumpers—since covering up your phone with rubber was a solution.

This time around, “Batterygate” won’t be cured by a bumper (though I’d love another free one if Apple wants to test that out). Here’s to hoping that the battery drain can be solved by another software update. A hardware recall would not be fun.

Until we know more, try out Activity Monitor Touch. It won’t be the worst $2 you’ve ever spent.