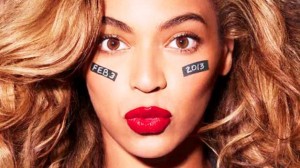 The media was set on fire last week when Beyoncé Knowles rang in Barack Obama’s inauguration with a beautiful rendition of the Starspangled Glory—that she lip-synced to. While the track that played was her singing, the world cried ‘controversy’ because the Bey didn’t actually perform live. My thoughts, who cares?!

Seriously, this is not the first and only time stars have lip-synced to a track. I’ve been a hardcore Shania Twain fan for over 15 years. I listened to her albums enough times that when the odd live performance hit the airwaves, I could tell instantly if it was a track directly off her album or it she was singing her face off.

I love live performances. I really could care less if there’s extreme choreography involved. I have the CDs (or MP3s, depending on how recent we’re talking). I don’t need to pay X amount of dollars to watch you move around to what I’ve already heard hundreds of times. I want to hear you sing. When artists sing live, they sing the songs differently.

Hearing Shania sing From This Moment On live was amazing. There was a new extended intro, and she changed the climax of the song. I instantly needed to resort to Napster-ish sites in hopes of finding that exact song. Every time I saw a broadcast of a live performance she lip-synced, yes I was disappointed. I didn’t think she couldn’t sing. I’ve heard her sing. She can do it.

It was just a bit insane that my news feed was filled all last week with the whole Beyoncé lip-sync “scandal”. It wasn’t a scandal. She’s a perfectionist and didn’t want to chance performing poorly with a band she hadn’t been able to practice with, at a very important venue. What if she had performed live? In sub-zero temperatures with no practice? What if it wasn’t good? Would the same revolt have resulted? Probably. People are so quick to judge the bad.

There’s no doubt Beyoncé can sing. She rocks it. Do I think she needed to hold an official press conference to prove to the world she could sing the national anthem live? No. That was a bit much. Promising to perform live at the Super Bowl? Fine. She did that and rocked it. And then drained all of the power from New Orleans. Oops.

The point is, she had nothing to prove. Artists lip-sync all of the time. If they always do, that’s a problem. Just because one artist does it once doesn’t mean the world needs to go crazy. Get over yourself. If you missed Beyoncé’s performance, this will silence any of your doubts.