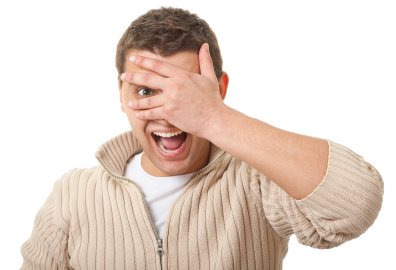 Remember when you had to be home at a certain time to watch your favourite TV show? No, me either. While I used to be a long time fan of a VCR, in today’s day and age the PVR makes it all the better. No commercials! Well screw that, I’ve also ditched paying for cable. Now I can watch what I want, when I want—either online (legal) or by torrent (oh shut up, you do it too).

The freedom is great, right? Well, not always. Once something airs, of course you’re going to want to talk about it. Who wouldn’t? Where do you turn? Social media. Yup—Facebook, Twitter, anywhere that you can vent and get feedback—right now. What does that mean for the rest of us that don’t have the time (or desire) to plop down in front of the TV to see something air in real time? (sidebar: people still watch TV in real time? Really?).

C’mon. VCRs may be primitive now (gawd, I don’t even own one), but PVRs, the Internet – who wants to be tied down to watch something live these days? Well, if the show does rock, people will flock. My rule­—if it rhymes, don’t do it! (Think of crocs in socks if you want this rule to ring home with you. You’re welcome).

Okay, fine. I admit without cable I’ve been late to the party to more than one of the cult classic shows that have been running through the veins of popular culture these past years. I only recently started Dexter about 3 months ago, prior to its finale (my advice, don’t even start). Then there’s Breaking Bad, which I love so far (say nothing–I just started 3 weeks ago!). When its finale aired I had to go offline for 3 days to avoid wrecking it! Do you know how hard that is? Do you?!

One of the joys I love about being late to the party is I can watch a show in bulk. I know I’m not alone in this. I spend a few hours a day transplanting my life for those in the show I’m watching. That’s how I got hooked on LOST. I was sick one day and watched the first 11 episodes of the first season in one sitting. I was hooked! Low and behold, episode 12 aired that night. The rest is history—or the future? I can’t tell. That show was cray cray all over the place. Yes, I still loved it to death (my brother can vouch), but its ending pissed me off (again, don’t get me started).

My point here is that technology allows us all to break free of the constraints of TV that we were all brought up dealing with. Then what happens? Social media. That’s right, SOCIAL MEDIA. While I’d love to condemn all my friends for wrecking the shows I have yet to watch, they aren’t even the worst. Sometimes, it’s the shows themselves!

How does a show build an audience? They get you to “like” their Facebook page, or “follow” them on Twitter! Some offer up bonus clips of behind the scenes footage, preview clips, or contests to get you involved. They really try to build the fan base! They do—as long as all of their fans are able to watch their show live.

I love Project Runway. I follow the show, and all the judges on Twitter. Nina, Heidi, and even Michael Kors’ new replacement Zac Posen (please bring back Kors!). I love them all. While bonus features are great, when it comes time to air the latest episode, it’s spoiler city. Live tweeting. What’s the point in that? Oh, getting fans to watch live so they can live vote? Is that all that matters?

I’m a busy man. Yes many may discount that, but I don’t sit at home Thursday nights with bated breath for the latest episode to air. I watch it Friday nights, with a BFF. Maybe even wait a week to watch a couple at a time. Who doesn’t love a marathon?! Season 12 just finished and what happened? Spoilers. From friends? No. From Heidi Klum herself. Yup, that’s right.

The finale aired, and Heidi spoiled it all to the world. She tweeted praise for the winner (which they totes deserved) minutes after the show ended, but at what cost? Those who hadn’t seen it yet—and wouldn’t for days—had their finale viewing experience ruined. If I wanted that kind of shit, I’d just read about the damn show, not watch it.

Do I unfollow shows I “like” now, for fear of them ruining it for me? Do I “unfriend” friends that might spoil my future viewing experience? That’s what I’m asking. A show’s a show. A friend’s a friend. Where do I draw the line? Where should I?