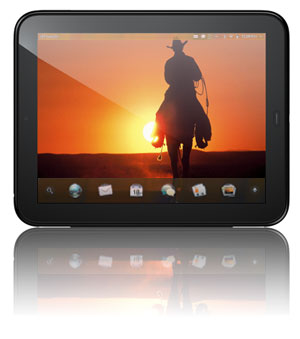 Less than 2 weeks after Hewlett Packard announced that it was killing off and selling off its TouchPad — the distant runner up to Apple’s dominating iPad— it seems the dying tablet line is getting one last kick at the can.

The TouchPad’s price had been slashed from its original $399 and $499 price point down to a mere $99 in an effort to sell off inventory. Best Buy itself was sitting on over 200,000 unsold units at the time the towel was thrown in. The response from the public? LOVED this! The demand for the TouchPad over the weekend was overwhelming!

HP has decided to feed this new found demand and announced it will make one last run of the TouchPad. There were no details on when this last run will take place, or even how many will be produced however (there won’t be many). I’d say a few weeks at least. I’m sure in the interim HP will use this time to help build buzz for the final sale.

This just shows that the TouchPad itself wasn’t a dud, just the price was. If I was going to shell out almost $500 for a tablet, why risk the unknown of webOS when most people already have some basic familiarity with iOS. Many have iPhones already! I’d just buy an iPad. Of course, when you think of spending $100 on the unknown, this becomes more reasonable.

The demand for tablets is out there. Everyone just can’t afford an iPad. What do you think of HP’s decision for a final run? Are you in the market for a tablet? Will you try to snatch one up before they’re gone for good?