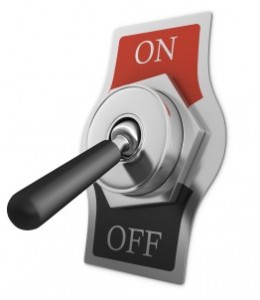 We’ve all pocket-dialed someone at least once in our lives. Maybe been guilty of pocket-deleting an app too. It’s no big deal, you just reinstall it. But what if it wasn’t you who deleted it? What if it was Google, Apple or Microsoft—using the “kill switch”?

Before you start freaking out, the kill switch is used when apps are found to have malware. This happens on Android a lot. Google can remove the infected apps from the Market Place to prevent further infection, but what about all of the devices out there that are already infected?

It would take too long to contact each person and have them remove it. By that time more damage could be caused by the malware. That’s where the kill switch comes in. Google for example can delete the app from every infected device at once. Quick and easy—and without your permission.

This screams “privacy abuse” but is it really a bad thing? Once again it’s your best interests in mind. How would you like to be walking around with an infected device and not know? It could be key logging your data,  tracking you—who knows. The bottom line is the app is bad for you so it should be removed. Google, Apple and Microsoft can make this happen. They’ve done it before and they’ll do it again.

We let software make decisions for us all of the time on our computers. We have anti-virus to scan and remove items it flags as viruses or malware. We use whitelisting to make sure nothing installs itself without our knowledge. How is this any different? Just because it’s a company doing the removal?

The kill switch is a standard function on all smartphones, but don’t think this is limited to just phones. Tablets have it and as apps start replacing traditional software, this functionality will be present on computers too. You can count on Windows 8 having it as the one OS will be used on all machines.

These companies have total control over your devices. We have to trust they’re using this power for good, and not evil. Is that asking too much? What if the government steps in and demands “things killed”? Then what? Is it just your best interests in mind…? Think about it.