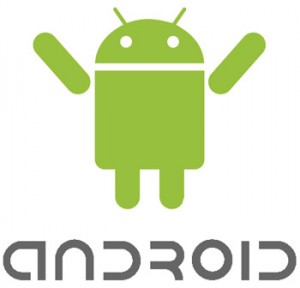 Gartner said that mobile would be big in 2012. With 440.5 million mobile devices sold in the last quarter, it’s getting there. Who do we owe that to? It’s not Apple. It’s Google’s Android software.

This is not shocking news. Android phones are usually cheaper. Plus Android is an OS, so it can go on many different brands and quality of phones—LG, Motorola, Samsung, HTC, etc.

Apple’s iOS is tied to its hardware only. It’s very limiting since only one new iPhone model releases each year— well more like 1.5 years now.

With all of the rumors of an iPhone 5 and a delayed release of an iPhone 4S instead, Android phones grabbed a lot of the open market share. People wanted phones and they wanted them now! That’s not a bad thing though—it’s good. Android phones got a lot of people into the mobile marketplace to test the waters. The sales prove it.

Androids are like the foot-in-the-door phones. They are great for people who have never had a cell phone before, or have one but it’s not a “smartphone”. They are super easy to use, people get wowed by the coolness factor, and lured in by the price.

People learn the benefits a smartphone brings to their lives and find value in it. Then they want more value—a cooler or more polished phone—and are more willing to pay for it. So they upgrade to an iPhone. That’s why the iPhone 4S launch gave only new customers low intro pricing. Apple wants more market share.

Market share from new customers, those looking to upgrade from Android, or jump ship from BlackBerry due to recent issues with the network (free apps are not going to keep people using a phone on an unreliable network).

Making the 4S cheap was smart. In previous years current iPhone customers got the same great pricing deal to upgrade too. Not this time.

Another sign of Android’s success is the fact it’s hit the most with mobile malware. Hackers strike where they can make the most damage. Apple has rigorous approval tests for apps to be let into the App Store. It’s very controlling but it means the apps you download are safe. Android apps can come from anywhere so who knows what you’re installing. The first QR code hijack installed malware when trying to download an Android app.

Despite big sales, Gartner says the overall cell phone market still slumped this quarter. Whatever. Android is the clear winner and will continue to dominate the market. Making sure everyone has a smartphone in their hand—at an affordable rate.