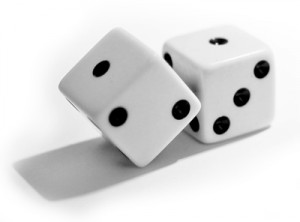 Just when you thought malware was on the fence, McAfee reports it’s doing the exact opposite. As Q1 2012 came to a close the results are in. Malware is exploding—at a 4 year high.

I’ve always been a big preacher of Android and the surge of malware plaguing Google’s mobile OS. Android is hot and dominates the mobile marketplace. Great for Google, but bad for users. The more popular the platform, the better target for hackers. (c’mon, you know this!)

The one key point in the Android malware threat is that the threats don’t come from apps downloaded from Google Play. Google may not have the strict approval process Apple invokes with apps approved for the App Store, but apps downloaded through Play are not somewhat safe. If any malicious app were to be admitted, Google can just kill it from your device—without your permission. But really, would you want it any other way? I don’t think so.

Android apps infected with malware are usually downloaded from other sources—not from Google’s marketplace. Once again I tell you, only download apps from trusted sources. A website may look all legit and real, but you are just rolling the dice when you stray from Google Play. Don’t chance rolling snake eyes.

The threats though aren’t limited to mobile. PC users shouldn’t sleep easier knowing mobile trends mean that the threat from cyber criminals is diverting the focus off them. Oh and you Mac users? You’re not out of the spotlight either.

In fact, Mac users are seeing a growing trend of threats against them too. Sure the flashback scare may have infected almost a million users and flopped as a payout to the hackers who created it, but the worst is yet to come. This is only the beginning. Macs are on the radar now, and you’re going to see a lot more threats in the months to come. Mac users need anti-virus for the first time. Seriously.

You’d think that constantly warning users of threats would sink in – but the reality is that saturation of a topic might actually turn people away. You might be sick of hearing about malware threats, but you’re hearing about it for a reason. Infections, data breaches, identity theft—they’re all still happening all over. Anti-virus might be a mandated requirement, but it’s not enough. Advanced threat protection is needed. Awareness is needed. You can’t be passive in this game.

Hackers aren’t letting their guard down. Why would you? What have you got to lose? Just everything.