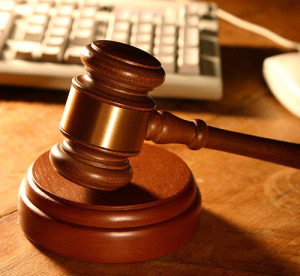 Today we learned the fate of Timothy Lau, a 21 year old who was part of the Stanley Cup riot in 2011. He faced four charges, more than anyone else who took part that day—all of which he doesn’t remember doing. Alcohol and ecstacy will do that. You do the crime, you face the time, right? Well, not unless the media made your crime too public, then you’re off the hook. Lau got a 4 month sentence. Since when does the media exact justice?

We live in an age of social media and smartphones. It’s not like these arrests came from some vague tips from a few people. They came from thousands of pictures and hours of video footage taken from spectators with their phones. That’s pretty concrete evidence to me. Convictions and punishments should be a done deal! Wrong.

Because of all the publicity the media gave him, the judge felt his name will be forever tarnished and he’ll have to live with that guilt, so why bother hauling him off to jail for a long time. Jails are better suited for murderers or rapists or gang members, not a drunken kid who jumped on a bunch of cars and damaged 6 of them I guess.

If Lau had the most charges against him and only got 4 months, things look pretty good for the other 172 people who were charged in connection to the riot. Phew, no jail! The media’s done enough.

In fact, let’s just offload more of the burden on the overloaded court system. Have the media plaster the names and faces of the convicted felons all over the news, magazines and websites. That’ll teach them. Justice is served!