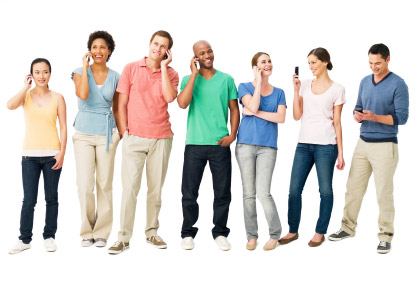 It’s been another big week in the mobile world. Google shines with a new flagship phone, Apple falls short in sales and RIM misses the mark on everything from service outage compensation to new devices. Mobile is going to be big in 2012. The battle is just starting to heat up. This is only the beginning.

Google and Samsung unveiled the Galaxy Nexus today. Android will never be the same! The new device comes fully equipped with Ice Cream Sandwich—Google’s latest OS that will run on any Android device.

The Nexus’ selling points include 1GB of RAM, a super fast 5MP camera, an overhauled speech-to-text engine and the device can unlock using face recognition. That’s right, once your phone sees you it unlocks. How cool is that?! Apple should start taking notes.

Despite selling a record number of its next-gen iPhone—the 4S—sales weren’t enough to hit the numbers analysts had expected. The result was a tumble in Apple share prices. I guess that’s what happens when you delay launch of a new device for four months.

At least there was a device to launch. RIM’s got nothing. At the BlackBerry Developers Conference this week it was all talk, no walk. News of the next-gen operating system was released, the BBX OS. But that’s all it was—news about software. Nothing about hardware. No phones for you!

After a week of outages followed by an attempt at redemption with free apps, this was RIM’s chance to pick itself up off the ground. Instead it just left people filling unfulfilled. With Ice Cream Sandwich and Apple to fill up on, leaving people unfulfilled is not wise.

It’s going to be exciting to see how things heat up over the next year!