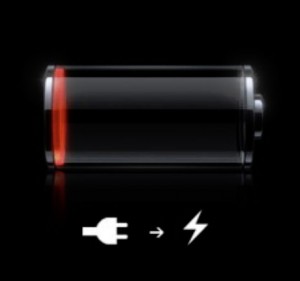 It looks like Mother nature chose to trick instead of treat this Halloween. Hurricane Sandy’s wrath saw New York, surrounding areas, and as far north as Canada become an apocalyptic disaster zone. It’s a good thing many people have the internet, social media and smartphones to come to the rescue, right? Wrong. When power went out, cell service down and battery life draining, many people were left with one question. Now what?

Suddenly your world is circa 1990 when information wasn’t at your fingertips. Like everything in life, you don’t realize how much you rely on something until it’s gone. We rely on technology a lot more than we’d care to admit. I can get by without running water for a day. But my phone? Hardly. I can’t even leave my apartment for 20 minutes if my BFF isn’t in tow. With no power and no phone, how do you communicate with loved ones? How will they know if you’re okay?

Pay phones are an option, but how many of you know the numbers of your loved ones? You can’t look them up with a dead phone. Plus, who carries change these days?! It was awesome to hear that bars with power in New York became save havens for people to meet, charge their phones and utilize the operating land lines they had there. Even cell providers like AT&T or Verizon set up charging stations at their stores to offer free long distance calling for customers. Bravo!

As power and cell service returns to almost everyone in New York, life is still far from returning to normal. The communication blackout should be a lesson to everyone else in the world to always be prepared. You can’t rely on technology because it’s so easy for that to disappear. Even with warning, no one could have prepared for what happened.

Living in Vancouver, I know the“big one” could hit any day now. The recent 7.7 jolt off of Vancouver island—the largest in 60 years of Canadian history—really hits home. Earthquakes don’t give warnings! Some nights I don’t think to charge my phone. I’ll just do it in the morning at work. What if it hit in the middle of the night? If power went out, that 23% battery life that “would be fine until morning” could end up being all that I had for days. I have an iPhone 5, so those “days” would be hours. I’d be screwed.

Like most of the natural disasters we’re seeing these days, the destruction left behind is “like nothing anyone has ever seen before”. Climate change much? These weather anomalies are the new normal in town. As much as I love my tech, if it was all suddenly rendered useless to me, what would I do? What would you do? Think about it.