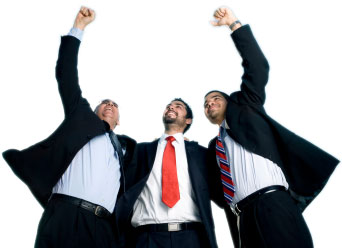 If you can’t beat them, join them. Or at the very least let them join you.

RIM used to dominate the corporate market, largely due to the security of its network (when it works). Sadly it was the method of establishing security that was the Achilles’ heel that brought the network down this fall. The worldwide outage was enough to anger a few customers to say the least. And by “few” I mean lots.

Offering a bunch of free apps to make up for it didn’t seem to make anything better either. Maybe offering its network this time will?

Demand for BlackBerrys has dropped, with many opting for an Apple or Android device. The mobile market is hot and BlackBerrys are losing their cool factor. Some companies can’t just jump ship though. This results in many people having to use two phones – a BlackBerry for work, and an iPhone or Android for personal use.

One fix to bridge the gap has been letting employees bring their own devices in to work. Recent updates to iOS5 arguably make the iPhone just as secure as a BlackBerry. iPhones have started to become used more in corporate, taking a chunk out of the market share RIM has enjoyed for years. RIM opening the doors to its network is an attempt to reclaim what has been lost.

Can it be as simple as that? What keeps people with RIM?

Is it the network? Sure it’s secure, and BBM is a showstopper for many—but what about all of the outages? Or is it the devices themselves? Some people like the full keyboard, I get that. But is that enough?

If you could use your iPhone or Android on the BlackBerry network, would you stay with RIM? Or has the services outages been enough for you to say goodbye to both the BlackBerry and the network?

I guess we’ll find out this spring.